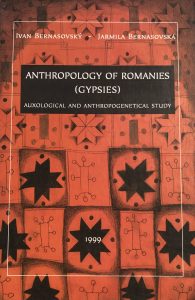 The Western use of the term gypsy denotes an ethnic group believed to have migrated out from India approximately 1,200 years ago, spreading throughout Europe, the Americas, and other countries. Known by many names (Tattare in Sweden; Tsiganes, Getan, or Manus, in France; Tchingheane in Turkey; Zingare in Italy; Zincali in Spain; Zigeuner in Germany; Cigany in Hungary; Tsygane in Russia), this ethnic group often, but not always, identifies themselves as Rom (singular), Roma (plural), Romni (feminine singular), Rom (masculine singular), or Romani (adjective). The origin of the term Rom is believed to be a modification of the Sanskrit word Dom, a man of low caste who performs song and dance for a living.

Gypsies are what is termed a diaspora population (dispersed group living outside a homeland). Believed to have left India for reasons that are still unclear, it is speculated they were connected with military activity in India against the Turk, Afghani, and other military forces invaders leading to migration 1,200 years ago.

Current Gypsy population size is difficult to accurately establish due to absence of accurate census data, but estimates range from 8 to 10 million Gypsy people worldwide, who are residing in at least 40 different countries. During the past 1,200 years, this ethnic group has experienced a history of widespread mobility and marginality, while enduring momentous, continuous, and extreme prejudice, hostility, and violence against them by the people in the countries they moved into. The frequent moving within countries was motivated by either their choice or others’ force and depended upon the social climate of the host country at the time.